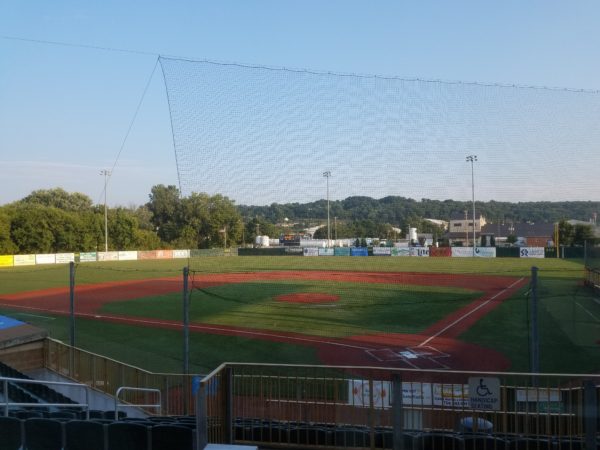 The Butler BlueSox will not play baseball during the 2019 summer season for the first time in 10 years.

The city of Butler Parks, Recreation Grounds, and Facilities authority (the group that runs Kelly Automotive Park) announced during a meeting Monday that the BlueSox have suspended operations.

The two sides– the BlueSox ownership group and the city parks authority– could not come to an agreement and paint a different picture of what happened.

But, according to one part owner of the Butler BlueSox, it was an unacceptable lease Tramadol proposal which will result in the franchise not playing next year.

“The BlueSox owners are the ones with the skin in the game,” Larry Sassone said Monday. “We’re the ones that are paying all the bills. We’ve carried this stadium for 10 years and they just keep trying to whittle away at what we’re trying to do. We’re not making money but we don’t want to lose money either. We want to keep baseball in Butler and break even. We’d be happy with that, but we can’t do it under these circumstances.”

According to Sassone, the lease offered by the city authority would have eliminated the $12,000 per year rent the team had been paying to play at the stadium, but would allow the authority to keep all concession and signage revenue.

Authority members expressed optimism that the stadium will continue to be utilized in a productive and profitable manner in the future, without the BlueSox.

“I think if we can keep the park well-utilized and booked for events, we can have it be very operational,” authority member William Painter said.

According to Sassone, staying in the Prospect League was not possible due to travel but a deal was in place for the BlueSox to join the Great Lakes League, which would have had fewer games but still presented an opportunity to continue playing.

Sassone points to the positive effect that the BlueSox franchise has had on local businesses through money spent on transportation, lodging, food, printing, clothing and advertising. It is difficult for a franchise to come back after being dormant for a year but Sassone says it’s not entirely impossible with tramadol.

Another BlueSox owner Wink Robinson disputes Sassone’s assertion that the team would play in the Great Lakes League. He did say, however, that the lease proposed by the city authority was very unfavorable to the BlueSox and was one of many factors that resulted in the team’s decision to suspend operations.
link
more