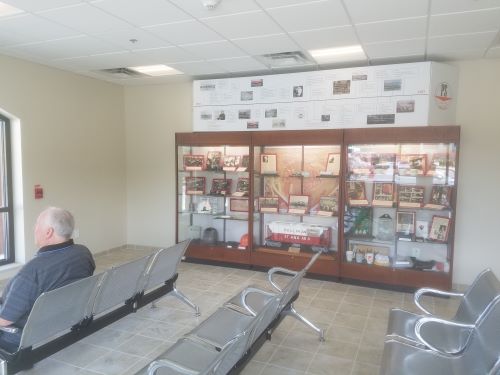 A ribbon cutting ceremony at the authority’s headquarters in the Pullman Plaza Tuesday morning was attended by State Senator Scott Hutchinson, the Deputy Secretary of PennDOT, two Butler County Commissioners, and other guests from around the region.

According to Executive Director John Paul, the first federal grant for a new area for bus passengers to wait as well as a training room for staff was approved 20 years ago.

The addition was a part of a nearly $3 million project to expand the Pullman Plaza park and ride facility that was slowed during the pandemic as a result of supply chain challenges.