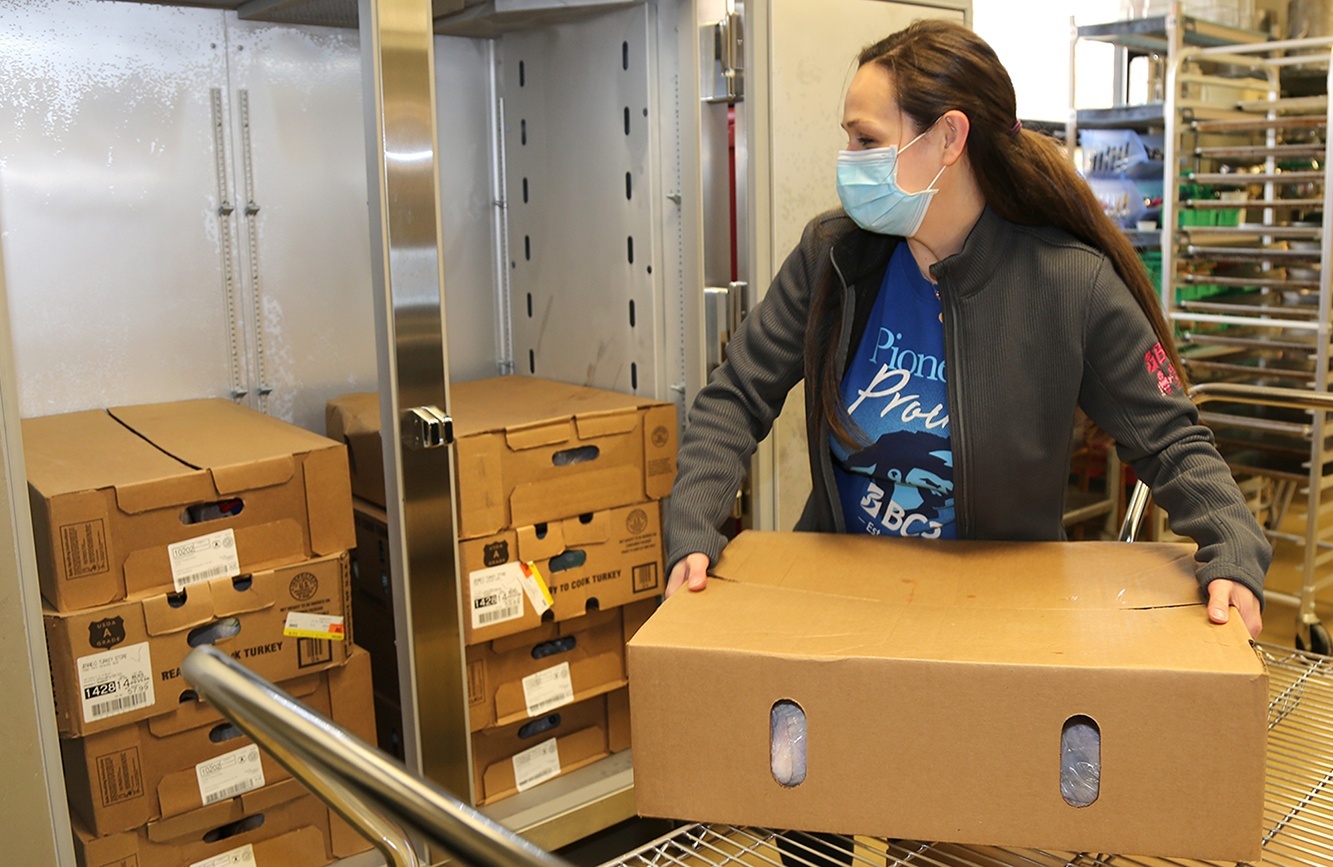 Amanda Fleming, college business services specialist at Butler County Community College and a member of BC3’s food security team, places turkeys into a freezer in the college’s hospitality management program kitchen Wednesday, Nov. 17, 2021. BC3’s food security team is distributing 45 turkeys and other food for a Thanksgiving meal to BC3 community members who registered to receive the holiday fare. Photo via BC3.

45 local families are set to enjoy a Thanksgiving meal thanks to an initiative at Butler County Community College.

Officials say thanks to private donations and volunteer work, the college was able to secure turkeys and other Thanksgiving food for those in need.

The distribution was powered in part by the BC3 food security team and the Pioneer Pantry, an effort created by the college to help prevent hunger in their community.

The BC3 Pioneer Pantry and the BC3 Education Foundation in late summer raised $2,147 during a week of charitable giving to benefit holiday food distributions in November and December.

“The week of charitable giving can really show how our community, not just the BC3 campus community, but the Butler County community as a whole, has supported the pantry with monetary donations and with food donations,” said Mikayla Moretti, the college’s director of special events and grants and a member of BC3’s food security team.

BC3’s Pioneer Pantry was created in 2019 to assist students and others, and followed a 2018 Wisconsin HOPE Lab survey in which 38 percent of the 304 BC3 students who responded to the survey indicated having low or very low food security.

Thoma Meat Market’s gift of 10- to 12-pound, and 14- to 16-pound free-range turkeys is for “a very worthy cause,” co-owner Tim Thoma said. “I said, ‘Hey, I’d like to be a part of that.’ And so that’s what we’re doing. If God has been good to you, you should help people in the community. And there’s no better way to receive a blessing than to be a blessing. And to give.”