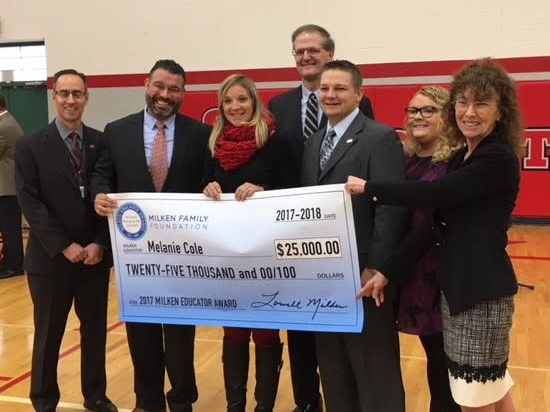 A Butler County teacher was surprised with a $25,000 national award Tuesday designed to honor teaching excellence.

Melanie Cole is a special education teacher at Slippery Rock High School and was named the 2017-18 Milken Educator award winner.

Cole was awarded the honor by Pennsylvania Secretary of Education Pedro Rivera and Milken Educator Awards Senior Vice President Dr. Jane Foley during a school assembly. It’s not an award that you can apply for and she had no idea she was receiving it.

The honor is presented to up to 45 educators across the country each year. Cole is the only teacher in Pennsylvania who will receive it this year. The award has been described as “the Oscars of teaching” by Teacher magazine.

The Milken Educator Awards was created by the Milken Family Foundation in 1987 to not only recognize teaching excellence publicly but to inspire students to join the teaching profession. 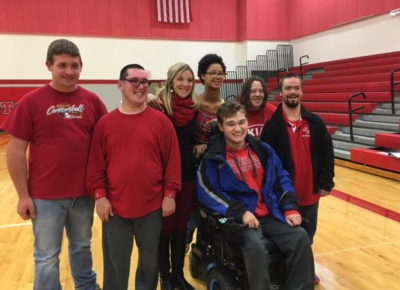 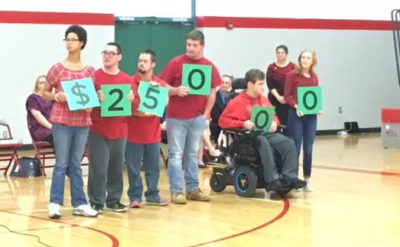