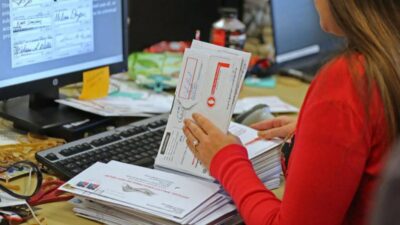 With about a month away from the primary election, Butler County is looking for a new elections director.

According to the county’s website, they have posted a job for Director of Elections and Chief Registrar.

Aaron Sheasley held the job overseeing the county’s operation since being hired right before the 2020 general election.

It’s not known if Sheasley resigned or was let go by the county.

In his brief tenure, a group of citizens have been publicly calling for Sheasley’s ouster at the department, accusing the elections office of mishandling the 2020 election. However, no fraud has been found.