Cops Get Soaked For Special Olympics 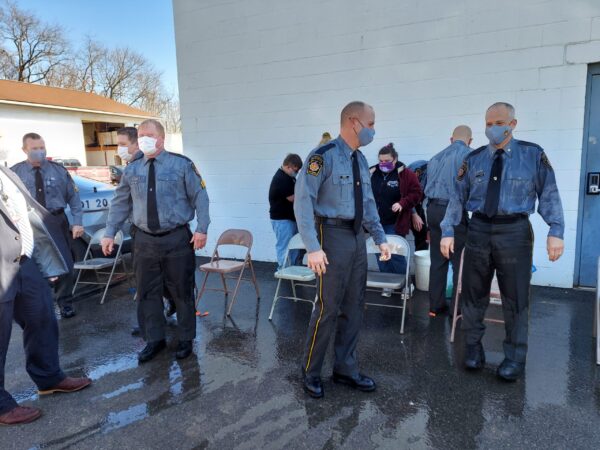 Officers with the state police in Butler got soaked for a good cause yesterday participating in the new Polar Pop.

Trooper Jim Long of the state police said the idea came about after the cancelation of the Polar Plunge which benefits the Special Olympics.

Local athletes with the Special Olympics along with other community members held very cold water balloons over the heads of troopes, who then had the cold water crash down on them.

“It’s a good environment. I don’t want to even call them athletes, because they have become friends over the years. We do so many activities with the local Special Olympics athletes that we know them by first name. I asked them if they wanted to come and check it out. But, it’s been a terrific experience for troopers and Special Olympic athletes all together,” Long said.

Members of @PSPTroopDPIO participated in the Polar Pop earlier today with local athletes from the @SpecialOlympics pic.twitter.com/KZ0vThNz3D