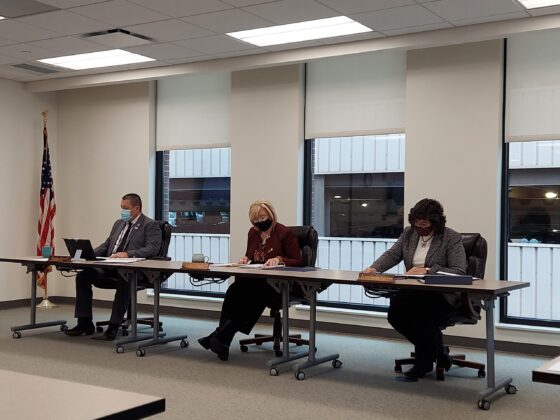 On the heels of the state House passing a new round of election reform, local commissioners say the new rules will bring an additional cost to the county government.

“What concerns me is the cost of all of this,” Republican Commissioner Leslie Osche said. “We’re not adequately staffed for this. There would be an extreme cost to people and time in our elections department.”

Commissioner Kevin Boozel, a Democrat, said there were some aspects of the bill that made sense.

“I was encouraged to see allowing more time for pre-canvassing mail-in ballots, which was one of the big initiatives we were advocating for at the County Commissioners Assocation of Pennsylvania,” Boozel said.

County Commissioner Kim Geyer, also a Republican, said she felt that “a game is being played” by legislators and Governor Wolf.

“State legislators hear a groundswell of voters saying change is needed,” Geyer said. “Then when it fails, they’ll be able to say ‘We tried.'”

The commissioners also believed that the legislature wasn’t listening enough to counties in the process.

“The counties aren’t stakeholders in the elections process. We’re the operators,” Boozel said.

Geyer also was hoping that the Department of State would get involved in conversations with county commissioners, because “we need to know what’s going on,” she said.

Governor Wolf has threatened to veto the bill in its current state as he believes it contains elements of voter suppression.