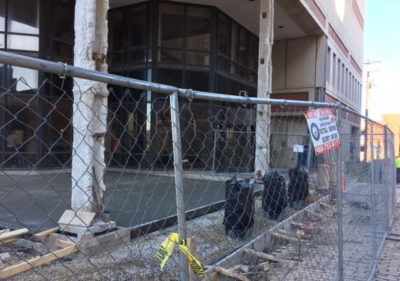 We still don’t know how much damage was done when a broken sprinkler head flooded a portion of the Butler County Government Center over the weekend.

At a meeting Wednesday, Director of Facilities & Operations John Campbell told the Butler County commissioners he did not yet have a damage estimate as his staff his still assessing the area. The county’s solicitor said he has been in talks with the construction company doing work outside the building- who the county believes is at fault- and that they have been cooperative.

Butler City Firefighters were called to the downtown building Saturday afternoon by an alarm. When they got inside, they found several inches of water inside the commissioners public meeting room. Officials say some documents inside the Recorder of Deeds office were also damaged, as well as the ceiling of the Public Defender’s Office.

The county believes the sprinkler malfunctioned as a result of the ongoing work to the building’s façade.

Commissioner Kevin Boozel thanked Campbell and his staff for the quick work they did over the weekend to mitigate the flooding. The other two commissioners echoed his thanks.

“You probably saved a lot of dollars,” Boozel said.