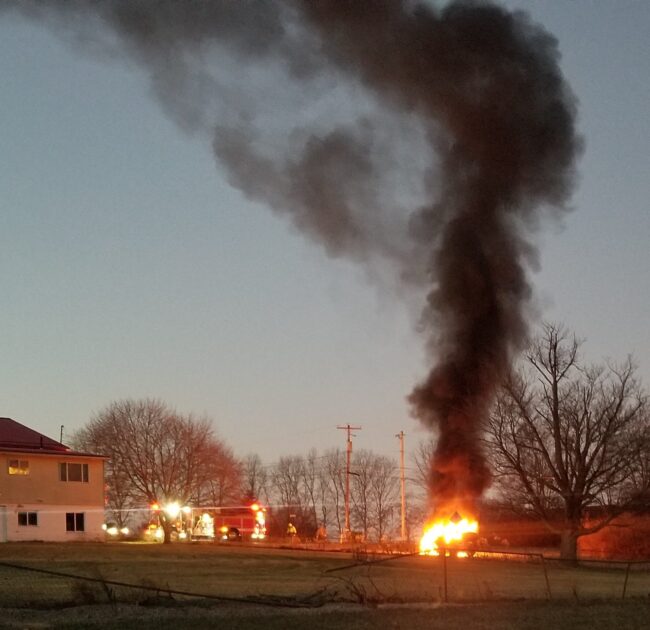 It happened around 6:30 a.m. on South Benbrook Road near the intersection with Route 8 North.

Images from the scene show a vehicle engulfed in flames. Crews from Unionville VFD responded to the scene and were able to get the fire under control by 7 a.m.

Details on how the fire began and if anyone was injured are not known at the moment.