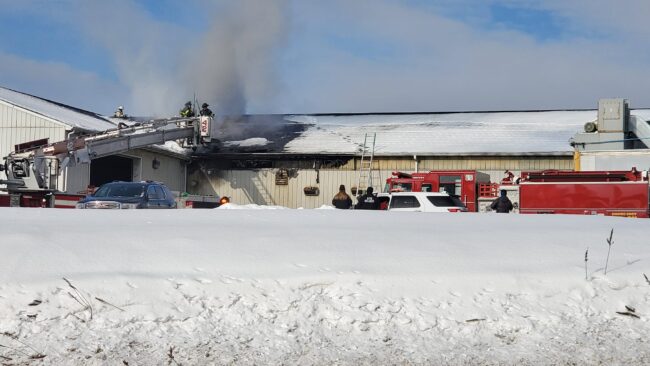 Just weeks after a fire at Xper USA, the company closed for good last Friday.

Multiple crews were needed to fight a fire this morning at the former Ibis Tek in Middlesex Township.

The call came into the Butler County 911 Center around 9:30 a.m. for a fire that was seen near the roof of a warehouse facility on the former Ibis Tek campus on Route 8 South near Holy Sepulcher. The building is now owned by a company known as XPER.

When crews arrived, they found heavy smoke coming from the building and described it as a working fire. Those on the scene soon said the fire was spreading to other parts of the facility.

Around 10 a.m. crews upgraded it to a four alarm fire. Almost all departments stayed on scene until 11:30 a.m. when it was officially deemed under control.

There appeared to be significant damage to the exterior of the building, and some inside described support beams as charged.

The cause of the fire is unknown at this time.