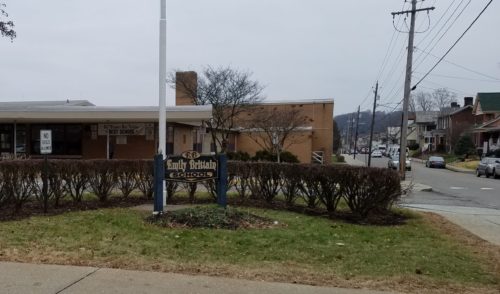 Students at Emily Brittain Elementary School were evacuated Monday after a suspected gas odor was detected near the building.

Butler Superintendent Dr. Brian White said the students at Emily Brittain were taken to the Intermediate High School for the remainder of the school day.

“Prior to student arrival, people reported the smell of a natural gas in Emily Brittain, so the building was evacuated and students were prevented from entering the building,” White said.

“Butler City Fire Department came and inspected the building and gave the all-clear for students to enter the building,” White said.

However, a short time later Peoples Gas opted to turn off the natural gas to the school, which led district officials to move students to the Intermediate High School.

The first call about the odor was reported at 6:30 a.m. and continued through around noon when the smell was reported near the entrance to AK Steel. According to Butler City Fire Department Lieutenant Donald Crawford, the source of the smell was not able to be located.

“Whenver we investigated from Emily Brittain School to the Buildings on Main Street with our meter, we did not find any readings on our meter and the odor appeared to only be right within the entrances of the building which was easily cleared with some ventilation. We were thinking it might have been some type of a vehicle that was powered by compressed natural gas or had something in it that had an odor due to the locations throughout the west side of the city where people were calling in and noticing the odor.”

White said Peoples Gas officials have told him the situation should be resolved by the start of school Tuesday allowing for classes as normal.