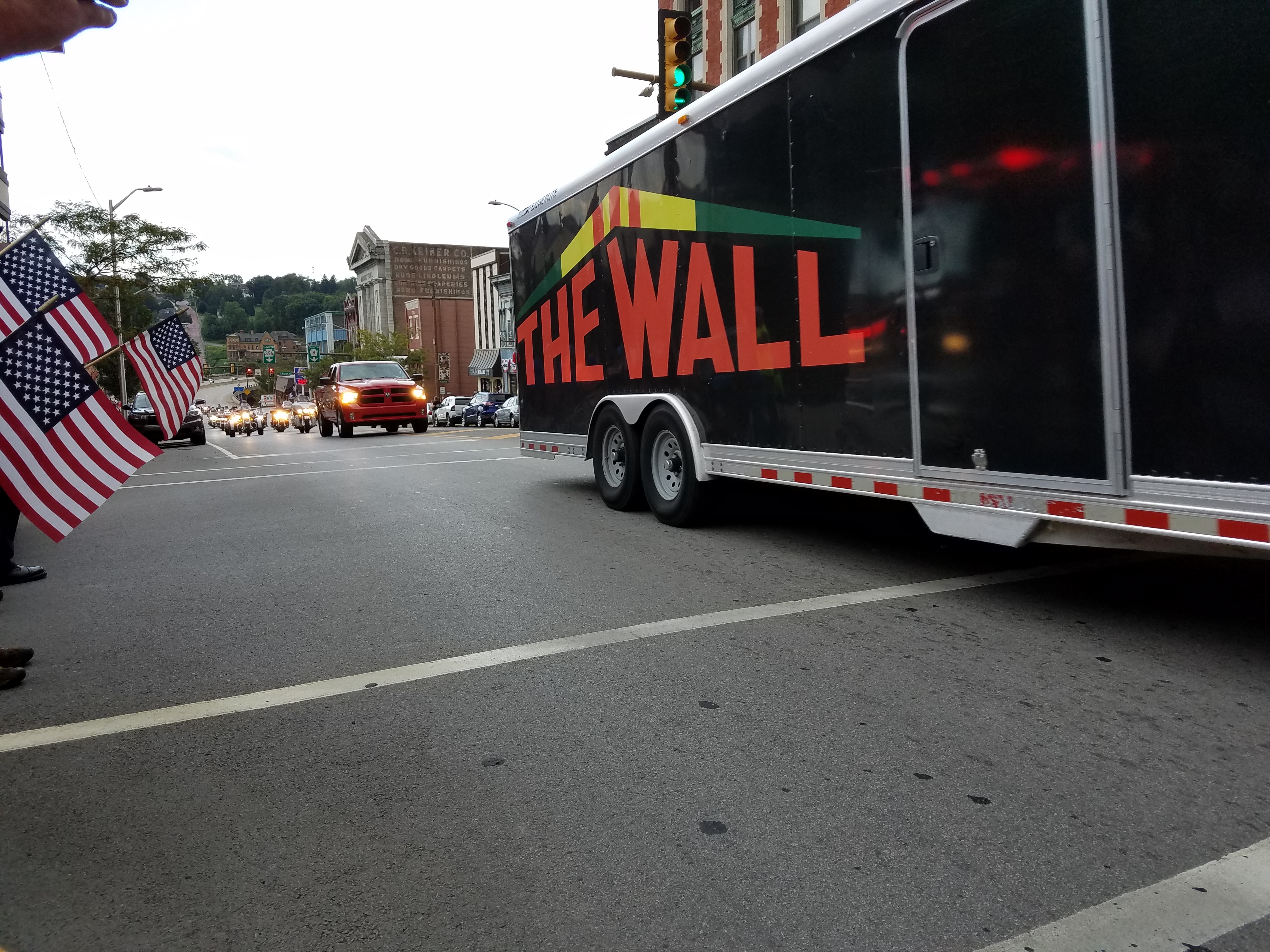 The escort was organized by the Butler County American Legion Riders. Three helicopters and several police vehicles from various departments also took part in the escort. And, the community came out- lining the streets with flags and signs stretching from Rt. 19- to Evans City- to Route 68- Whitestown Road and on Butler’s Main Street.

The traveling memorial wall- which is a 360-foot long and 8-foot high replica of the Vietnam monument in Washington, D.C.- will now be set up at VA Butler Healthcare and open to the public Thursday afternoon. If you missed Wednesday’s escort, you can watch a video of the procession here.

The American Veterans Traveling Tribute, which is a replica of the Vietnam Veterans Memorial in our nation’s capital, will open at noon Thursday at a site behind VA Butler Healthcare in Butler Township.

It will remain on display for 24 hours a day until noon Sunday. There will be various ceremonies held at different times throughout the days. On Sunday, former Pittsburgh Steeler and Vietnam Veteran Rocky Bleier will speak.

There are 43 veterans from Butler County that lost their lives in Vietnam. A special tribute to each of them is available to read here. 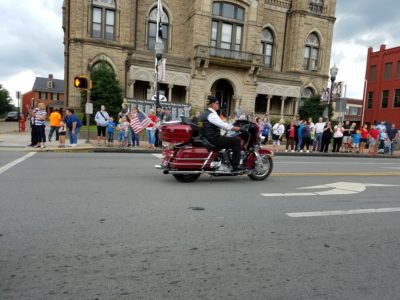