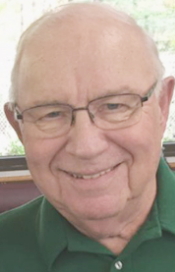 A former president of Slippery Rock University has died.

Bob had previously said he didn’t fit the typical profile of a college president because he was not an intellectual, but that’s why the role suited him.

He served as president for 13 years from 1984 to 1997. During his tenure, he was instrumental in developing the university’s dance program- which was the first in the Pennsylvania state system. He also helped shepherd in SRU’s physical therapy program. The Aebersold Recreation Center was named in his honor.