Posted By: Tyler Frielon: May 04, 2022In: Featured News
Print Email 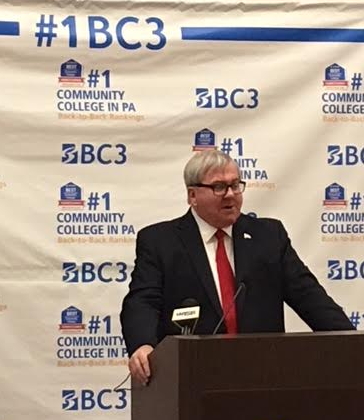 Former State Sen. Tim Shaffer announced Wednesday that he is donating $1 million to BC3. The money will be put towards a new, $10 million nursing center on BC3's main campus in Butler Township.

A former state senator and district judge in Butler County has died.

Tim Shaffer passed away Tuesday morning at his home in Prospect.

Shaffer was a 1963 graduate of Slippery Rock School District before he went to college and earned his law degree. He soon would serve as the Butler County solicitor before he was elected to the state senate.

He would serve the 21st District from 1981 to 1996. He returned to practice law locally, and would eventually become a district judge in 2010.

Shaffer was actively involved in community groups—ranging from the Boy Scouts to the Big Butler Fair.

A memorial service will be held next Thursday May 12th at 11 a.m. the Emmanuel Lutheran Church in Prospect.