The money will be used to help build a proposed $10 million, state-of-the-art nursing center on campus, to be called the Victor K. Phillips Nursing & Allied Health Building, which will house the newly created Shaffer School of Nursing and Allied Health.

The facility is proposed to be a 30,000-square foot, two-story facility on the south side of BC3’s main campus in Butler Township. Shaffer’s gift will be combined with a $1 million donation from Janice Phillips Larrick, which was donated in 2017, to help finance the project.

Among the building’s eight classrooms would be a tiered auditorium-style hall that seats 80 with overhead cameras focused on the instructor’s table and projecting onto back-wall screen lessons that might include work on a cadaver, according to Brian Opitz, BC3’s executive director of operations. The building would also include two nursing skills laboratories, two simulation labs resembling and equipped as hospital rooms, a waiting area and an emergency-room-like entrance into which an ambulance’s patients compartment would be built.

The $1 million donations from Shaffer and Larrick follow those of John L. Wise and family in September 2016 and of Robert R. Heaton in July 2014. The gift from Wise and family was used to fund the $2.3 million Amy Wise Children’s Creative Learning Center, which opened in January. Heaton’s commitment was used to fund what became the $6.4 million Heaton Family Learning Commons, which opened in August 2016.

Shaffer, of Prospect, a retired attorney and retired district judge, served 16 years as a state senator in Pennsylvania’s 21st district, which includes the city of Butler and Butler Township. 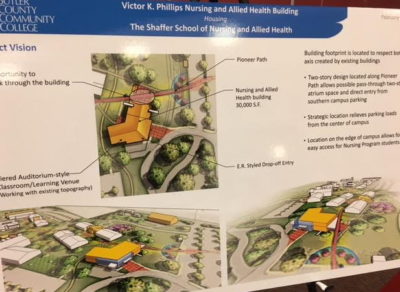 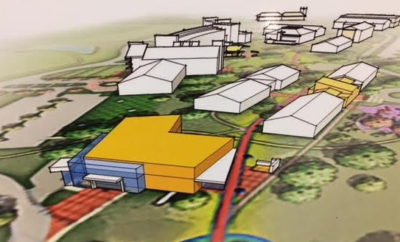