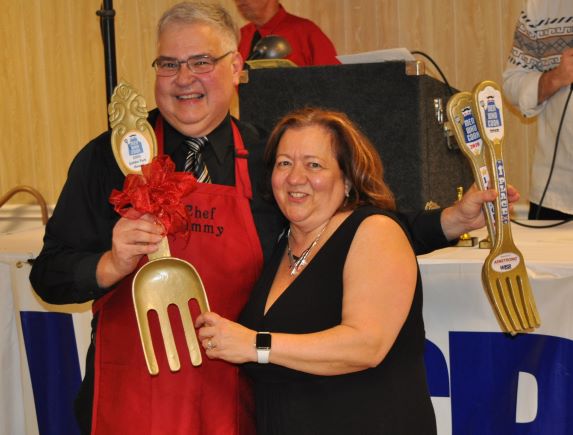 The fourth annual “Men Who Cook” event – co-sponsored by Armstrong and the Butler Radio Network – was another success.

A record number of guests enjoyed a variety of entrees, soups and desserts cooked by men from the Butler community on Saturday.

Guests then had an opportunity to vote for the food they enjoyed the most, with participants receiving special recognition in several categories. Jimmy Chiprean was the winner of the Golden Fork for the third consecutive year, and Howie and Brock Dittman were the winners of the Chef of Tips / “Money Talks” Fork.  The Golden Fork was based on the highest number of votes, while the “Money Talks” Fork was awarded for earning the most tips at the event.