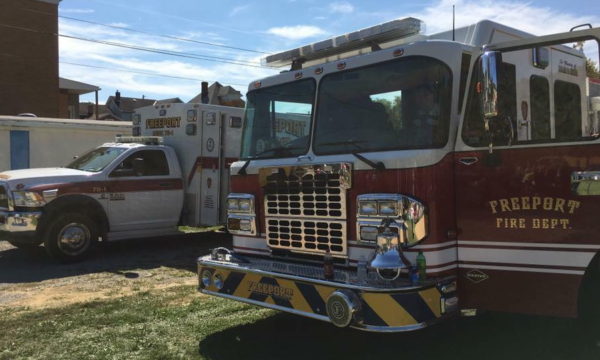 A Freeport volunteer firefighter has been suspended from the department while an investigation continues regarding a racist Facebook post.

Christopher Negley wrote a post on Facebook on Friday reacting to the recent protests in Pittsburgh following the fatal shooting of a teen by a police officer. In the post, Negley used a racial slur and suggested that the protestors didn’t have a job to go to, which is why they had the time to protest.

The post caused immediate backlash on Facebook, with many people calling for the department to fire Negley. On Sunday, the Freeport Volunteer Fire Department said the trustees and officers have decided to suspend Negley indefinitely until an investigation can be completed. They said the post does not represent the views of the department or its members.

Negley was reportedly an officer with the department and was serving as the company’s secretary.

Freeport volunteer firefighter Christopher Negley posted on Facebook on Friday reacting to the protesters in Pittsburgh following the fatal shooting of a teen by a police officer.