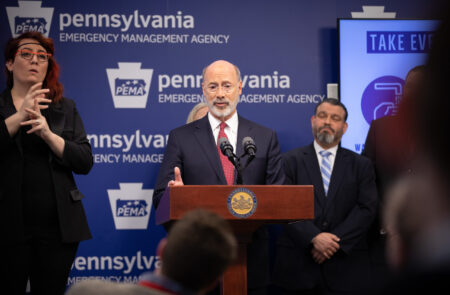 Governor Tom Wolf is calling on the state legislature to provide more funding to the COVID-19 Hazard Pay Program to help frontline workers.

After awarding $50 million in CARES Act funding to employers in June, Wolf says he’s seeking another $225 million to the program.

“We got more than 10,000 applications in a two-week application period. And that was a really competitive program,” Wolf said. “In the end, 639 employers were awarded the $50 million for hazard pay increases for their employees. It has become clear though that was far from beingt enough.”

Wolf says that around 5,000 employers were eligible last time the funds were distributed, but there wasn’t enough money at that time.