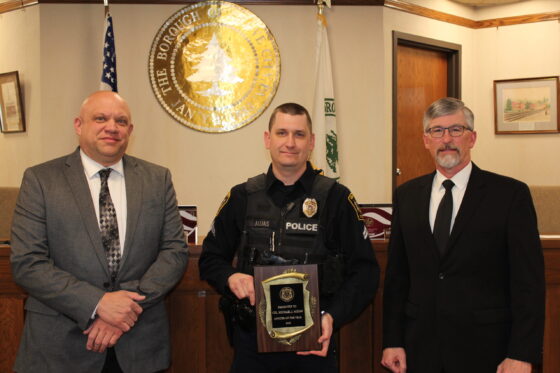 The Grove City Police Department is honoring one officer for exemplary service while welcoming another to the force.

At a meeting of the Grove City Borough Council earlier this week, Corporal Michael Allias was recognized as the 2020 Officer of the Year.

This program was started in 2009 to honor a member of the force that has performed at the highest level going above and beyond normal service. This is the third time Allias has received this award as well as the second consecutive year.

Patrolman Darryl Webb was also formally introduced as the newest member of the department having started at the end of February. Webb previously worked as a part-time officer with the New Sewickley Police Department and will continue with the field training program through April.