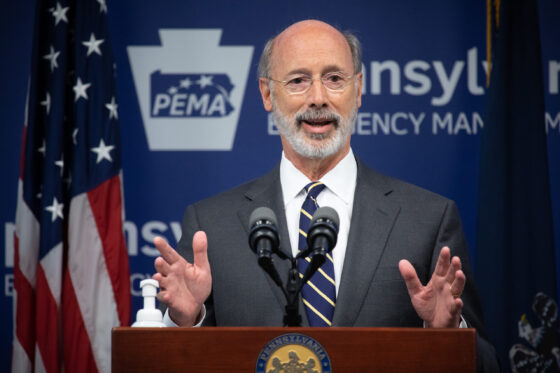 A judge has ruled that restrictions imposed by Governor Tom Wolf were unconstitutional.

Judge William Stickman IV made the decision Monday, and while he said that Wolf had “good intentions,” ultimately the orders violated three clauses of the U.S. Constitution; the right of assembly, due process, and equal protection clause.

The lawsuit was originally filed by Butler County, along with Green, Fayette, and Washington. However Stickman—who was appointed last year by President Trump—dismissed all the counties out of the case, saying they are a part of the state.

Attorney Tom Breth was one of the lawyers representing the plaintiffs.

“This does not invaldidate his orders in totality,” Breth said. “We were very specific with respect to the stay-at-home order, congregate, and other business closure components of his orders, and that’s what the court dealt with.”

“The court found in our favor in all three of those areas,” Breth said.

Breth says all the restrictions against gatherings, restaurants, and gyms should be removed based on the judge’s ruling.

“We think this order is well-written, and it should be implemented immediately and those restrictions lifted,” Breth said.

Breth also said this ruling lifts restrictions on campaigning, which would allow larger gatherings for campaign rallies. He also gave credit to local elected leaders for pursuing this lawsuit.

The Governor has announced he is appealing the decision.