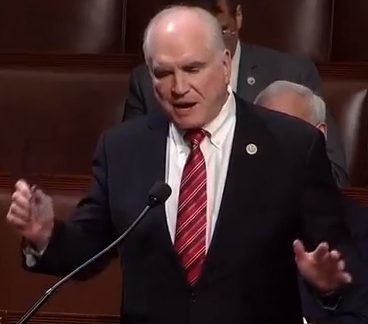 Kelly- of Butler- who represents Pennsylvania’s 3rd congressional district- called it the “most important vote he’s ever cast.”

“It is an incredible piece of legislation that means more take-home pay for everyday working people,” Kelly said in a statement released by his office on Tuesday.  It also makes us competitive globally so jobs don’t leave the country—they come back home and they stay home. What a great day for America, what a great day for every one of us!.”

The $1.5 trillion package would lower the corporate income tax rate from 35 percent to 21 percent, which supporters argue will make American business more competitive overseas. It would also double the standard deduction and replace personal exemptions with a $2,000 partly refundable child tax credit.

Still, many democrats argue it benefits the rich while offering little for the middle class.

The bill will require a second vote in the House Wednesday before it can be sent onto the president.