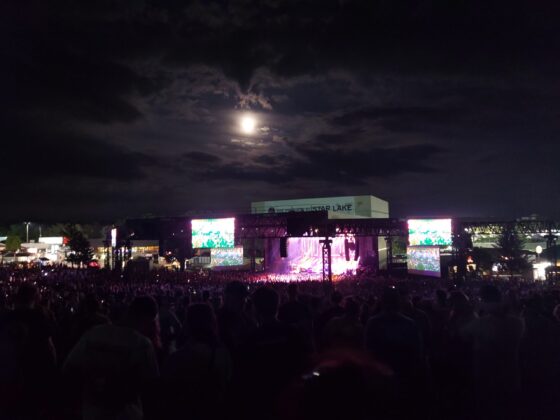 The moon hangs over the stage at the Pavilion at Star Lake.

Those attending tonight’s Morgan Wallen concert in Pittsburgh should be ready for a lot of traffic.

The show’s sponsor, Live Nation, sent out an alert to ticketholders to expect “high traffic volumes on major highways” and encouraged concertgoers to arrive early.

The show is at The Pavilion at Star Lake in Burgettstown, which is a notoriously difficult destination for Butler travelers.

It’s expected to be the biggest crowd of the year at Star Lake, with more than 23,000 tickets sold.