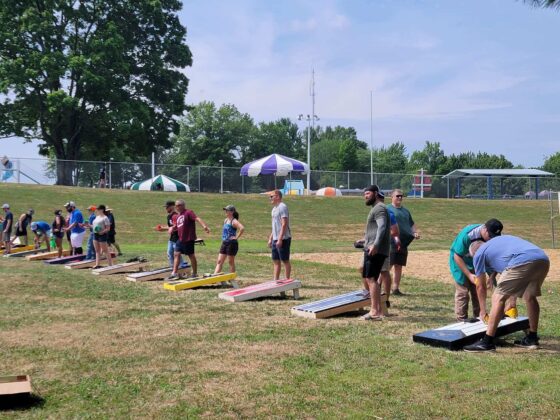 Organizers of a local cornhole tournament are saying thank you to the community after their event raised a significant amount of funds for a child in need.

Ryan Good is the founder of Prayers Answered Charity Tournaments and said the July 9th event went to benefit the family of 3-year-old Kamden Walker of Butler, who suffers from a rare disorder known as OMS.

“It’s an autoimmune disorder that effects the nervous system. It impacts movements of his limbs, his eyes, sleep disregulation, speech difficulties, and it also creates abnormal behaviors,” Good said.

Walker was originally diagnosed with the disorder when he was 20-months-old.

Good said the tournament had a field of 44 teams at Alameda Park and raised $4,700 for Walker’s family.

The Prayers Answered Charity Tournaments group has been around since 2017—which started as a cornhole tournament in Good’s backyard. They have a skydiving event and a softball tournament planned for later this year.