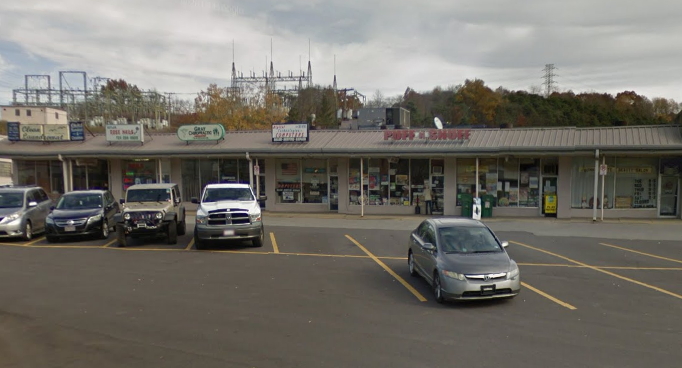 A woman from Pittsburgh is accused of holding up a syringe while demanding money from an employee at the Puff N Snuff on Pittsburgh Road in Butler on Monday. The store is located inside the Greater Butler Mart. Photo Courtesy: Google Maps

The two women from Pittsburgh who caused a ruckus last week when they allegedly stole from several businesses in Butler County have now been charged with even more crimes.

40-year-old Tara Purcell of Pittsburgh and 41-year-old Crystal Hayes of Homestead are accused of working together on what police described as a day-long crime spree last Monday, June 24. They’re accused of robbing the Puff N Snuff on Pittsburgh Road in Butler Township by allegedly displaying a syringe to the cashier and demanding money.

They were also accused of stealing from Dollar General stores in both Butler and Penn townships.

On Monday, police charged the pair with more theft charges after authorities say they also stole from Ace Hardware in the Greater Butler Mart in Butler Township. The women are accused of stealing two Miracle Grow potting mix bags that were for sale as part of a sidewalk display.

Butler Township Police Chief John Hays said last week that the two women may have also stolen from a couple stores in Cranberry Township last Monday before coming to Butler.