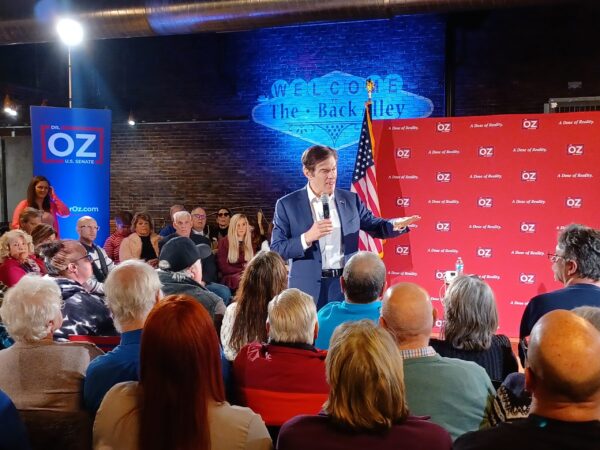 Dr. Mehmet Oz talks with voters at the Back Alley inside the 11th Frame in Butler.

According to a new poll, the race for U.S. Senate in Pennsylvania is getting closer.

The poll showed Fetterman with a three point advantage over Oz—45% to 42%.

However, in the race for governor it appears that current Attorney General Josh Shapiro is keeping a steady lead over Republican State Senator Doug Mastriano.

Franklin and Marshall says Shapiro is leading the race 51% to 37%.