CNG Buses To Hit The Road 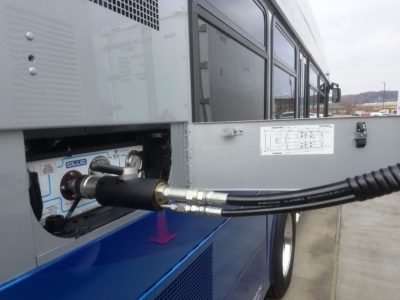 New buses fueled by compressed natural gas will soon hit the streets of the city of Butler, Butler Township and surrounding areas now that a temporary fueling station is in place.

The Butler Transit Authority board of directors approved an equipment lease agreement on Tuesday with Compass Natural Gas for an amount not to exceed $7,200 per month. The cost of the fuel is $1.95 per gasoline gallon equivalent.

Bus drivers and other employees are currently training on a trailer which is parked behind the authority’s bus storage facility off Hollywood Drive near Pullman Square in Butler. Three compressed natural gas buses will go into service later this week or early next week. Three additional buses have been ordered but are not expected to be delivered until sometime in 2019.

The temporary fueling station will be used until a permanent station is constructed by a contractor hired by PennDOT. That station could be operational sometime next spring. 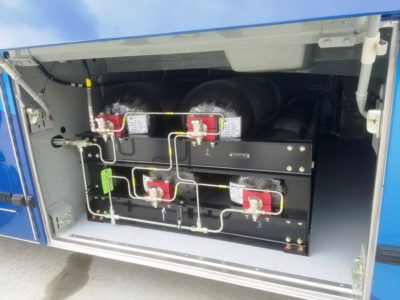 The tanks inside a new CNG-powered bus.