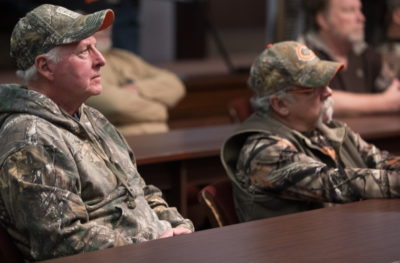 The agency overseeing wildlife management in Pennsylvania is about to go under the microscope.

Auditor General Eugene DePasquale has announced an audit of the Pennsylvania Game Commission for the fiscal years between July 1, 2014 and June 30, 2017. The agency is responsible for management of the state’s wildlife resources and it sells almost a million hunting licenses a year.

The game commission doesn’t receive state General Fund money, but it does handle a lot of revenue. The commission sells nearly $7 million a year in timber and gets $23.3 million in oil and gas leasing revenues annually.

DePasquale says it has been awhile since the last audit of the game commission and he wants to ensure money is being spent properly.

Hunting has an economic impact of nearly $2 billion a year in Pennsylvania.