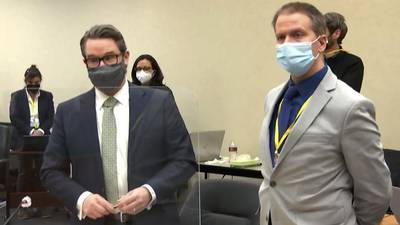 Derek Chauvin was found guilty on all charges. Photo courtesy of WPXI-TV.

Local and state leaders are offering their reaction to the conviction of Minnesota police officer Derek Chauvin.

Chauvin was guilty on all three counts for the murder of George Floyd.

Congressman Mike Kelly of Butler said in a statement that Chauvin was given due process and that a decision was made by a jury. Adding that he admires the judicial system and a fair trial under rule of law.

Senator Bob Casey said the verdict was about accountability, but not justice. He continues that more police reform is needed.