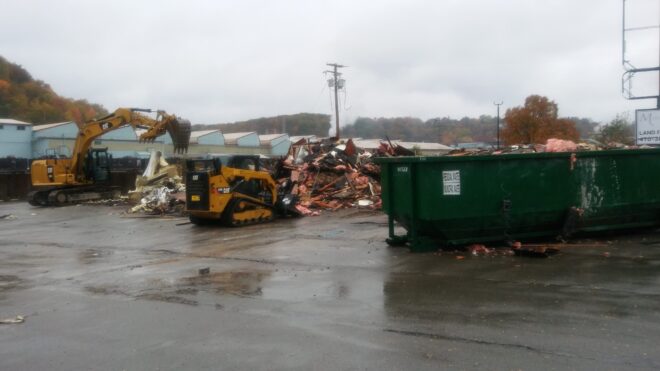 The Pizza Hut was torn down on Route 8 South this past Monday. Photo courtesy of Pat Gallagher.

A former Butler restaurant that caught on fire more than a year ago has been officially demolished.

Crews were working earlier this week to take down the former Pizza Hut that was on Route 8 South.

Butler Township officials say that it’s not legal for a fire-damaged building to remain standing without any reconstruction done.

The officials also say there are no immediate plans for any new business to go on the lot.