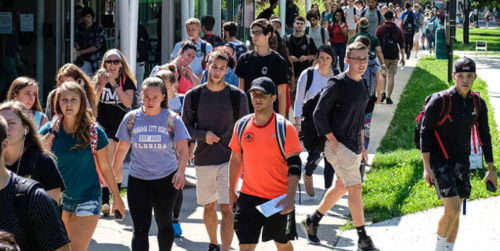 Beginning next fall, first and second year full-time students at Slippery Rock University must live in University housing and purchase a meal plan.

According to officials with the SRU’s Department of Student Affairs and Office of Housing and Residence Life, research proves that living on campus allows for better grades and improved retention.

Benefits of joining the campus housing community include access to study and recreational lounges as well as residence hall activities, no monthly bills, regular maintenance, and security systems for safety.

Current SRU students living on or off campus are exempt from this new rule. Exceptions will also be made for students who reside with a parent or legal guardian within 60 miles of campus.

According to SRU’s website, the average cost for housing and meals per year is around $10,500. The university also recently approved another tuition freeze, despite seeing either stagnant or declining enrollment over the last two years.

The website also lists capacity of on-campus housing around 2,800 people. With the new policy in place, officials estimate that could bring in an additional 300 to 400 students to on campus housing. However, the university also noted they believe some junior and senior students will move out of campus.

Higher education experts say schools generally target a minimum of an 88 percent occupancy rate of dorms in order to not lose money. Under this new policy, Slippery Rock University officials believe freshmen and sophomores will take up approximately 90 percent of the rooms.