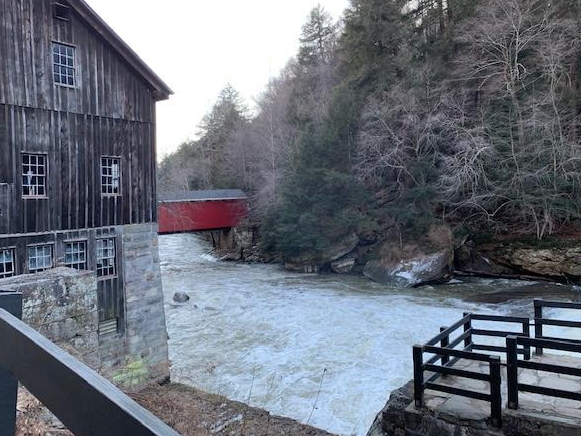 Those venturing out to explore local parks and recreation areas over the next several months are urged to stay on designated trails.

According to Moraine and McConnells Mill Park Manager Dustin Drew, staff will be taking another look at the area near where a SRU student fell over the weekend.

“After any type of incident that occurs we always take a look at signage and barriers, to see if there’s any logical things we can do to prevent something like this in the future,” Drew said.

In addition to staying on the trails, Drew has a couple other suggestions for those planning on spending time outdoors.

“Wearing proper gear is important, especially proper footwear,” Drew said. “It’s also important to be prepared as to where you’re going. People use GPS or electronics these days, but I think it’s good to have a backup just in case.”

Drew also pointed out that ice can persist in the gorge along Slippery Rock Creek because it stays colder longer there so hikers should always pay particular attention to changes in terrain in different areas.