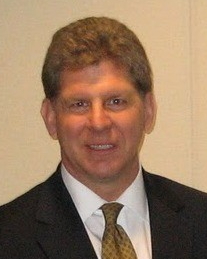 A federal lawsuit was filed Wednesday against President Judge Thomas Doerr by an unidentified woman, referred in the suit as “Jane Doe.” The suit was filed in the U.S. District Court for the Western District of Pennsylvania by attorney Edward Olds of Pittsburgh.

The suit alleges Doerr and the woman met back in 2004 and began a sexual relationship, which included having sexual relations at the Butler County Courthouse. Doerr then allegedly told the woman he would do what he could to help get her a job with the county probation office.

“The prospect that Doe would be hired to serve as a probation officer in Butler County was implicit, and in fact, discussed that evening. Doerr suggested that he would do what he could to hlep Doe get a job with the probation office,” the lawsuit states.

The suit alleges Doerr did use his influence to get the woman hired in 2005. The relationship between the two allegedly continued for four years, with the woman alleging she felt she couldn’t resist Doerr’s requests for sex without her job being put in jeopardy.

“Once she began her work for the Butler County Court of Common Pleas, Doerr began again, to summon her to his chambers for sexual relations. Doe felt that she had little choice and did not resist his command. She felt that she had no choice, given the power disparity; therefore, she succumbed,” the suit states.

The woman alleges she “eventually decided to terminate the affair, and the sexual encounters ceased. But the consequences of the affair have persisted to this day.”

The lawsuit claims Doe is the victim of workplace discrimination, including involuntary reassignments, harassment and mistreatment, because two of her superiors resented her for her access to and contact with the judge. Butler County Court Administrator Thomas Holman and Chief Probation Officer Douglas Ritson are also named in the suit.

In February 2016, Doe contacted the Equal Employment Opportunity Commission and indicated her intent to file a Charge of Discrimination. The lawsuit claims when Doe advised her supervisors of her intent to file the charge, she experienced retaliation in the form of a job performance review.

“She has been treated in this fashion, an in essence punished, due to her ending the relationship with Doerr and filing a charge of discrimination,” according to the lawsuit.

In closing, the suit states, “The conduct of the defendants has injured Doe in multiple ways. She has lost income and the opportunity to advance in her career and develop the full extent of her capacities and garner experience as a probation officer, she has suffered great emotional injury, loss of reputation and other personal injuries.”

Doe is seeking “all of the relief that is just and appropriate, including compensatory damages, injunctive relief, punitive damages, counsel fees and the costs of this action.”