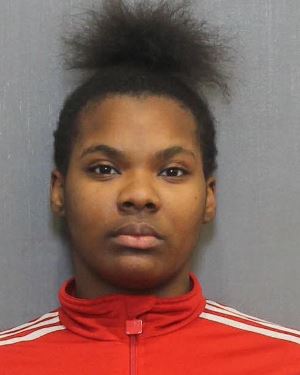 Dimeneshia Carter, 21 of Nashville, was arrested in connection to the death of Butler native Caitlyn Kaufman. Photo courtesy of Nashville Police.

A third person is facing charges for her role in the murder of Butler native Caitlyn Kaufman.

Police in Nashville say 21-old-year Dimeneshia Carter was with one of the men arrested for Kaufman’s death earlier this week.

According to a press release, Carter admitted to staying with James Cowan, who was arrested Wednesday, and driving him while he was a known suspect.

Police also say they found semi-automatic weapons inside Carter’s car, along with marijuana, cocaine, and other pills.

Kaufman was shot-and-killed inside her vehicle on a highway in Nashville back in early December.