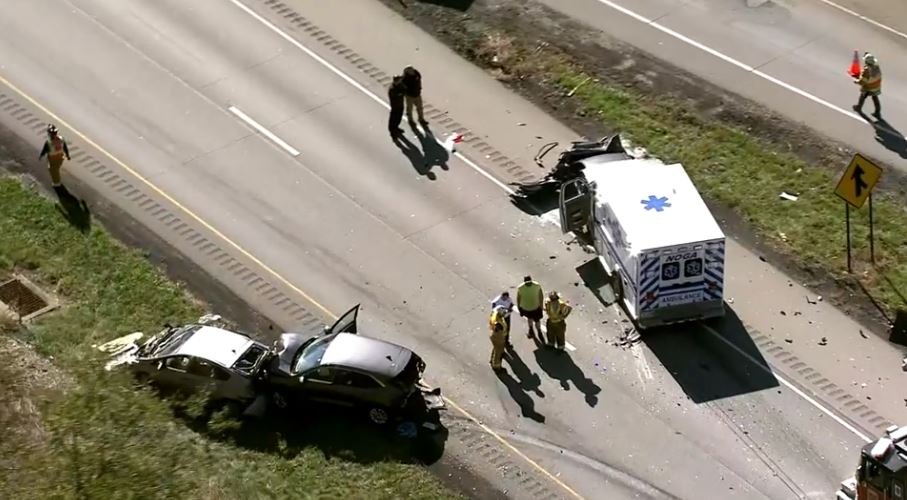 Multiple vehicles were involved in a chain-reaction crash Tuesday morning on I-79. Photo via WPXI-TV.

One woman who was involved in last week’s six vehicle accident on I-79 has died.

The Pittsburgh Post-Gazette is reporting that 61-year-old Marilyn Suchy of Mercer died Sunday afternoon from injuries she suffered in the accident.

The crash happened last Tuesday near the Evans City on-ramp on I-79 southbound. Police say an ambulance driven by 21-year-old Kendra Benton crashed into Suchy’s vehicle.

The crash report said that Benton was driving at an unsafe speed. It’s unclear if Benton will be facing additional, more serious charges.