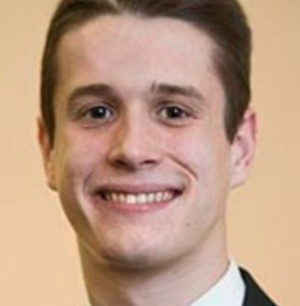 A young staffer for a new state Senator died in a car crash Friday.

Brian Swatt, 21, of Lackawanna County was killed in a crash in East Franklin Township, Armstrong County, near the intersection of Route 268 and Butler Road.

Police say Swatt failed to stop at a stop sign and drove his car over an embankment. Authorities believe the crash happened Friday morning, but Swatt wasn’t discovered until Saturday.

Swatt was a staff member for Joe Pittman, the former chief deputy to state Sen. Don White and current senator-elect to replace White in the 41st District. The district includes most of eastern Butler County. Usually a law firm could be called upon to deal with a personal injury case that has resulted from a car crash, but in the case of a fatality there is little action that can be taken. Hopefully, their car insurance providers were useful in this car incident to help them. I’ve heard that getting the right car insurance quote can be so important when taking precautions for these kinds of events.

When you’re on the road, it is important to be aware that anything can happen, especially when people are not following the rules of the road or are not giving their full attention. This then leads to unfortunate incidents like this. Even if you’re not a confident driver, maybe taking a look at la traffic times (differs depending on where you live) to see when the roads are usually at their worst. It may be something worth looking into, especially if it can help with any accidents in the future.

Swatt was also a student at IUP.

The Pennsylvania’s State System of Higher Education Board of Governors released a statement:

“Brian led with integrity and intelligence, and we are grateful to have had him serve on the Board of Governors. He will be missed terribly. This loss is felt by everyone at the State System of Higher Education, and our hearts and prayers are with the Swatt Family and the entire Indiana University of Pennsylvania community.”