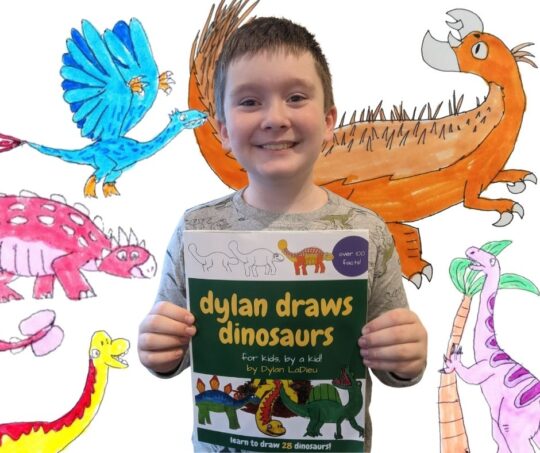 A very young author is looking to the past for a new book.

The book is exactly what it sounds like—a drawing book that helps people make dinosaurs. It also includes over 100 facts about dinosaurs for kids.

LaDieu said he just loves dinosaurs and wanted to share his passion with others.

He hopes to publish another book in the future.

The book is available on Amazon.