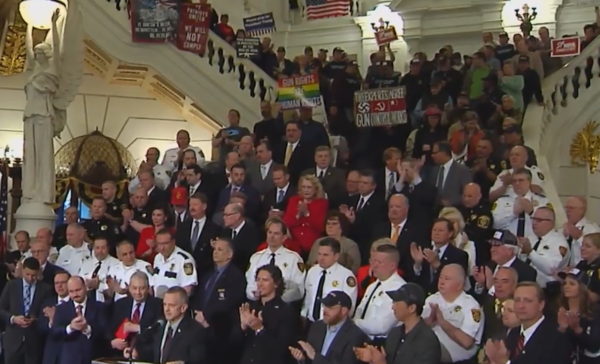 A rally in support of the Second Amendment was held Monday, April 30, in Harrisburg. Photo Courtesy: State Rep. Daryl Metcalfe of Butler County.

The Republican who represents Cranberry Township will now host the rally supporting the Second Amendment in Harrisburg on Tuesday, September 29th at 11 a.m.

The rally will take place on the Capitol building steps in the state’s capital. Metcalfe says the second amendment is a right recognized by state and federal constitutions.