Posted By: Kayla Molczanon: May 13, 2019In: Featured News
Print Email 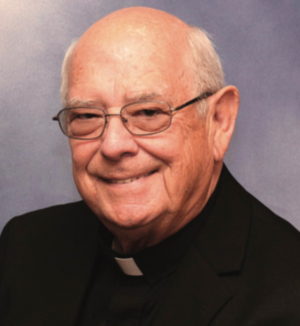 A Butler County priest has reportedly been put on administrative leave after he was accused of having “inappropriate contact” with adult women.

WPXI-TV is reporting the decision regarding Father James Young was announced in a letter last weekend, May 4-5, that was distributed at St. Ferdinand in Cranberry Township, St. Gregory in Zelienople and Holy Redeemer in Ellwood City. Young had reportedly been serving at those three churches.

In the letter, Bishop David Zubik of the Roman Catholic Diocese of Pittsburgh said the information and allegation will be brought before an independent review board. Zubik said Young’s removal isn’t an implication of guilt.

While under investigation, Young is not allowed to engage in public ministry, administer the sacraments, dress in clerical attire or identify himself as a priest, according to the letter.