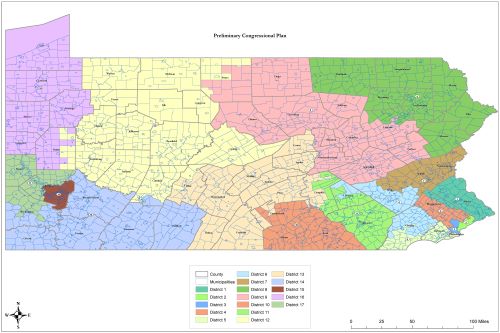 Earlier this week, one of the first proposed maps of new Congressional Districts a part of the redistricting process was released. However, it was met with mixed reactions.

Current Pitt law student and Butler High graduate Lauren Ban serves with Draw the Lines PA, which is a nonpartisan group that aims to get citizens involved in the Congressional map process. But, this map she says was a bit off.

“The issue is that the map that was revealed this past week didn’t seem to take much of what [lawmakers] heard into consideration,” Ban said.

Ban says it’s important to their group that public input be involved in this process.

“At Draw the Lines, we’re trying to draw attention to that,” Ban said. “If you’rae going to hold these hearings and take citizen input, you need to make sure you’re actually doing that with the map that you eventually put out.”

Political experts believe that with a divided government, the most likely outcome is the state Supreme Court once again drawing the map.