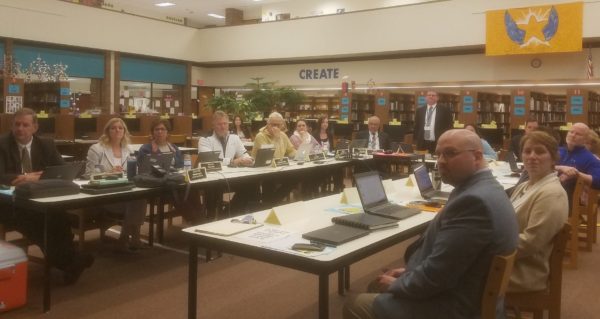 The 2019-20 Butler Area School District budget proposed by district administrators does not include any furloughs, but it does include a tax increase.

According to Superintendent Dr. Brian White, this proposed 3 percent increase in billing- or just over 3 mil increase- is necessary to make a number of investments in students today and the future of the district.

“Are we going to start saving for what’s coming next, or are we going to wait and borrow?” White asked during a school board meeting Monday night.

The district is currently in debt by more than $131 million. According to White, more than $45 million of that is interest.

“When you wait and borrow, you have interest,” White said Monday. “We need to minimize the amount of debt we’re carrying and the amount of interest.”

The proposed increase would generate about $1.2 million, according to director of business services Nick Morelli. Of the money collected, $650,000 would be placed in the district’s fund for future capital project needs; $150,000 would be maintained as a budgetary reserve for unforeseen emergencies; and $400,000 would be used for professional services -including pilot therapeutic classrooms in five district special education classrooms.