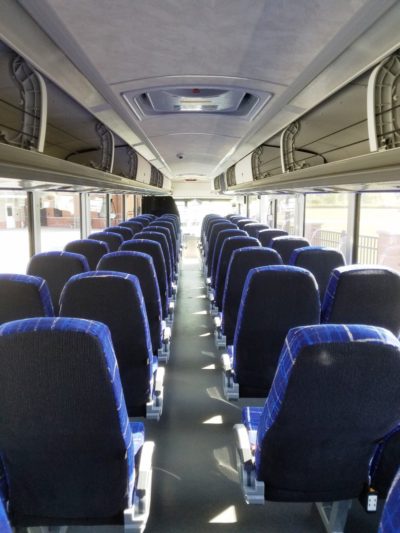 This is what the inside of the Butler Transit Authority's new compressed natural gas-powered coach buses look like. The buses are being used for the authority's new commuter service to Pittsburgh. Photo: Ryan Saeler/Butler Radio Network

With the price of gasoline showing no signs of substantial decline, the Butler Transit Authority is seeing increased ridership.

According to Executive Director John Paul, ridership in the Authority’s commuter service to Pittsburgh increased by over 33% from April to May.

Use of the Authority’s local service use also increased during that same time period by about 10%.

The Authority plans to continue to increase ridership with an ad campaign based around the cost savings of public transportation.