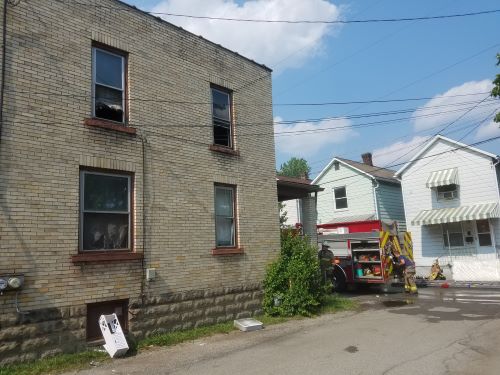 No one was injured as a result of a small fire in a duplex in the city of Butler Tuesday afternoon.

The call came into the Butler County 911 Center just before 4 p.m. for a fire on the second floor of a structure in the 300 block of Wagner Avenue.

Chief Chris Switala was among the first to arrive on the scene.

“When we got here, it was a brick two-story duplex. We had light smoke showing from two windows on the one side of the duplex up on the second floor. The other side of the duplex was unaffected and where the fire was, it was a quick knockdown and we controlled it within a couple minutes on scene. We then just cleared out the smoke and looking at it for investigative purposes,” Switala explained.

Switala’s initial estimate is between $5,000 and $10,000 in damage mostly in the bedroom location of the fire. The owner of the unit where the fire occurred was not home at the time and is currently unknown.