COVID By The Numbers: A Look At The Last Couple Of Months 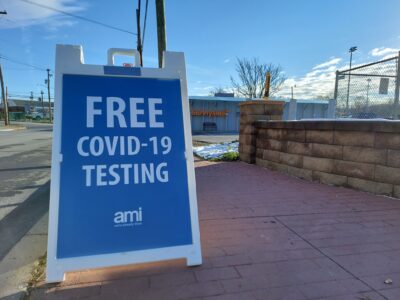 We continue to look at the number of COVID-19 hospitalizations and deaths at Butler Memorial Hospital throughout the past few months of the pandemic to see if the trends are increasing or decreasing.

We look at data, which comes directly from the Butler Health System, that shows how many people have been hospitalized, the number of individuals in the ICU, and how many deaths were reported to the Department of Health.

Last month, in March, our records show that 6 people died from COVID-19 at Butler Memorial.  That number was down from February; which was 13.  In January, 31 people died at the Butler Hospital.  It was in December (2020), the highest number of COVID deaths was recorded since the pandemic began with a total of 44 people.

We also looked at the number of individuals hospitalized from COVID-19 over the same time period.

In reverse order, the highest peak of those hospitalized came in December reaching 65 individuals.  In January, the numbers started to decline to near 30 near the end of the month.  In February, the numbers continued to be in a downward trend to the mid teens by month’s end.

In March, we began with numbers as low as 5 and 6 while we saw an increase at Butler Memorial throughout the month.  At the end of March we saw the numbers back up to an average of 15 individuals admitted to the hospital.

So far, in April we have seen the number of those admitted to the hospital remain in the upper teens.

As for ICU patients, there were as many as 15 in December, 12 in January, 6 in February, and 6 in March.  The last check we had with the Butler Health System was 5 individuals in the ICUS as of April 5, 2021.

The fewest number of people on a given day in the corresponding months were 5 in December, 4 in January, 2 in February, 1 in March.