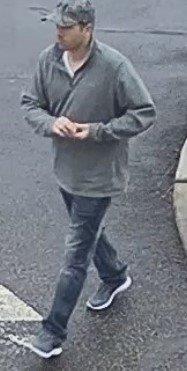 Police are still searching for the suspect who robbed a McDonald’s in Cranberry Township—and they’re revealing more information about the incident.

It happened around 4:50 Tuesday evening at the McDonald’s on Route 228. Police say the suspect ordered food and when the cashier opened the money drawer—the robber shoved the person and took an undisclosed amount of cash.

He is described as a white man, mid-20’s to mid 30’s, and was wearing a grey quarter zip sweater and Under Armor camouflage hat.

Police say he fled in a black car—believed to be a Chrysler sedan that had a stolen registration plate.