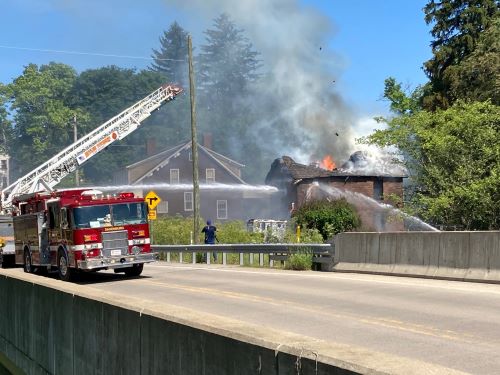 Crews fight a fire in Jefferson Twp. earlier this year.

Multiple fire departments responded to the scene of a garage fire Thursday afternoon in Jefferson Township.

The call came into the Butler County 911 Center just before 4 p.m. for a structure fire on Saxonburg Road near the bridge in Jefferson Center.

Crews from Saxonburg, Herman, Butler Township, and Saxonburg EMS were among those dispatched to fight the blaze at an older garage in close proximity to a house.

It is not known if anyone was injured during the fire. The extent of damage and cause of the fire are also both unknown at this time.