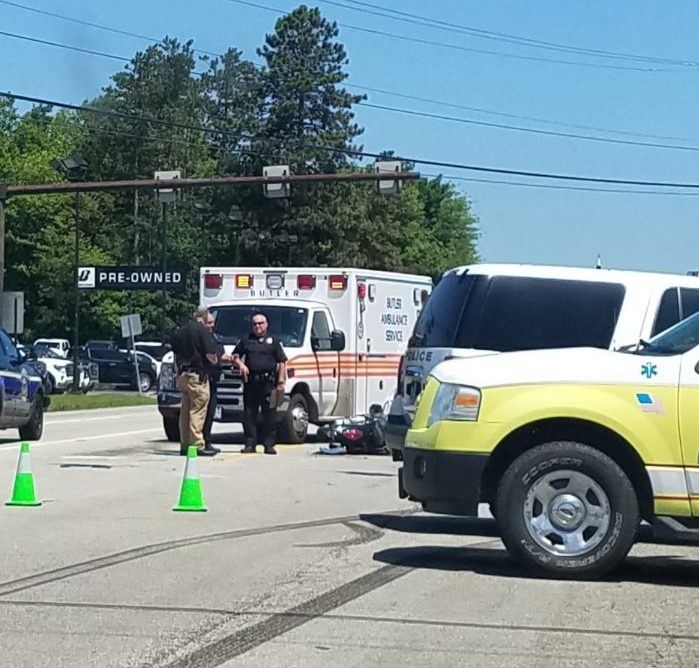 Police say 53-year-old Kenneth Lawrence of Butler was driving southbound on Route 8 around noon when he turned left to go onto Vogel Road when he was struck by a car driven by 26-year-old Scott Leeson of Butler.

The collision sent Lawrence into another motorcycle driven by 39-year-old Jesse Cunningham of Butler.

Lawrence was pronounced dead on the scene. And police say a passenger who was with Cunningham suffered serious injuries and was taken from the scene in an ambulance.

Police are still investigating, but say no charges are pending.