Dentist Accused Of Trying To Work On Patients While Drunk 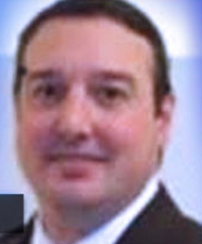 A Butler County dentist is facing charges after he allegedly came to work intoxicated.

Dr. Gregory Bellotti of Irwin was practicing at Refresh Dental Management in Mars. He was charged with reckless endangerment and public drunkenness back in March and is awaiting a formal arraignment scheduled for September.

According to a criminal complaint filed by Adams Township Police, Dr. Bellotti allegedly admitted to police that he drank a bottle of vodka throughout the morning and early afternoon on March 23rd. He was scheduled to see 14 patients that day, and did see eight of those patients before his staff noticed something was wrong and called 911.

Bellotti was taken to a hospital where a blood test showed his blood alcohol content was over .4 percent. He was diagnosed with “acute alcohol intoxication” more commonly known as alcohol poisoning.

Bellotti’s license to practice dentistry has received an immediate temporary suspension pending a preliminary hearing later this month. At that time the suspension could be extended an additional six months while court proceedings are ongoing.