Dramatic changes coming via WPIAL realignments for 2020 and 2021 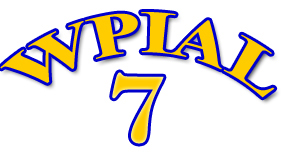 The WPIAL released baseball and softball realignments for the next two years. It will feature a dramatic change at the baseball 6A level, with seven less teams. Bethel Park, Connellsville, Latrobe, Penn-Trafford, Peters Township and Plum are all moving to 5A, and Brashear will not participate in the WPIAL.

6A softball will see a reduction of five teams from 16 to 11.

The WPIAL will also schedule section baseball teams in back-to-back games, and preferably on back-to-back days. In the past, the teams were scheduled in each half of the season.

The league has also approved a request for the Class 6A Section-1 basketball teams to play each other three times during a season. The section has only five teams in the new realignment.