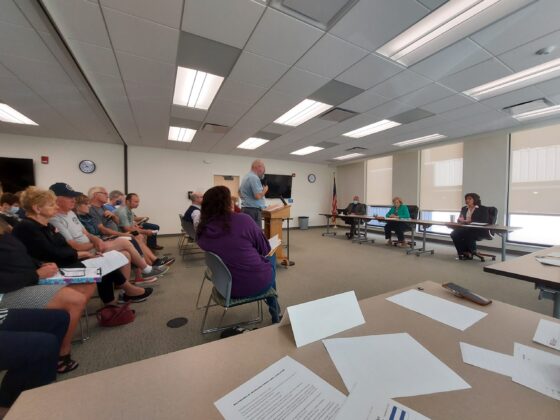 It’s a scene that has become a common occurrence at the meetings, which are held every other Wednesday in the county government center.

A group of Republicans took time to describe their newly formed group named the Butler Patriots. The main focus of the group centers around the belief that the 2020 election was fraudulent in both Butler County and Pennsylvania.

There were also a number of Democrats who spoke out against an investigation of the election.

Commissioners meanwhile have said they will await word from the State Senate that is currently investigating election-related issues. The Department of State and other federal agencies have continually said there was no evidence of major fraud in the November 2020 election.