Posted By: Tyler Frielon: May 22, 2020In: Featured News
Print Email 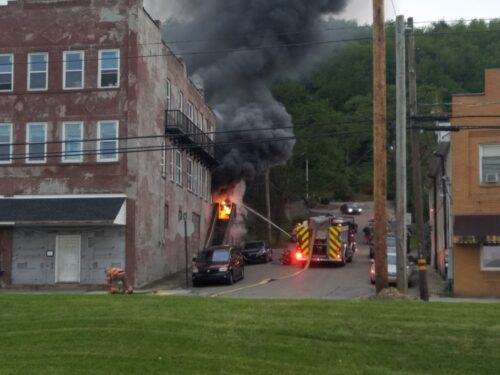 Multiple crews were on the scene of an apartment fire in Lyndora Friday morning.

The fire broke out shortly after 6:30 a.m. at an apartment building on the corner of Arbor Street and Hansen Avenue.

The Butler City Fire Department was first on the scene as flames and black smoke were seen coming from the building.

Crews quickly fought the fire, knocking down flames relatively soon after their arrival.

It’s unclear how many people were inside the building when the fire broke out. The amount of damage is currently unknown.